How Bridgerton Became My Most Favorite Show Of 2020

In the past couple of days, Nigerians have learned that behind every celebrity, there is a large amount of unpalatable secrets covered up under layers of make-up, smiles, red carpet poses and seeming charisma.

This lesson has come from pop star Tiwa Savage, who sadly had to reveal details of her marriage to her former manager, Tunji “Tee Billz” Balogun after he leveled terrible and diabolical allegations against her and his own family. 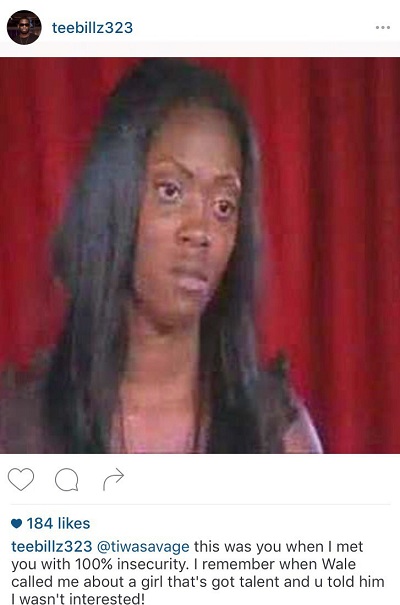 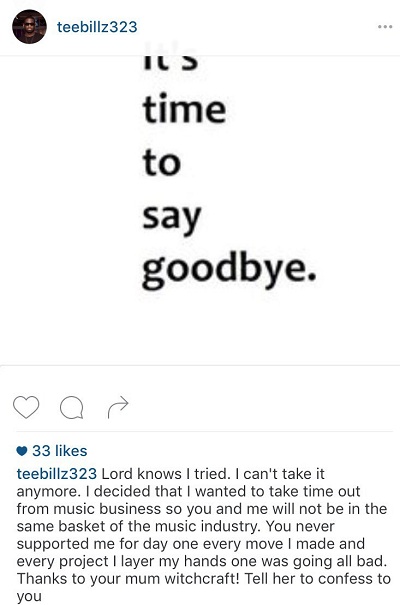 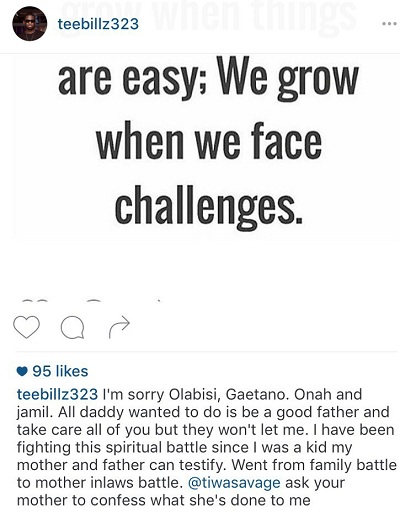 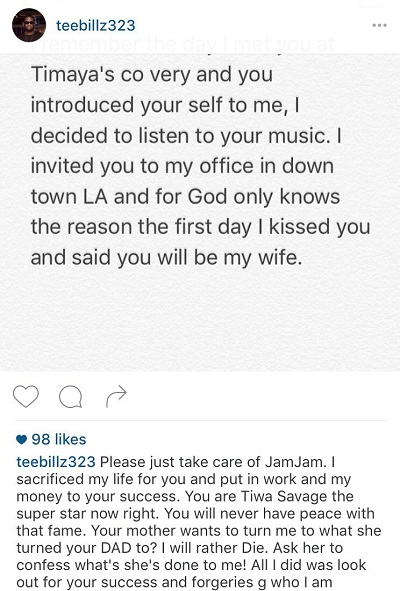 Rather than gloat or take sides, we’ve picked up some PR lessons from this incident and we thought to share.

1. DO NOT AIR YOUR DIRTY LAUNDRY ON SOCIAL MEDIA

This is probably the most underrated statement in 2016.

In order to create and sustain the image of a respected celebrity, it is imperative that you are enigmatic because you’ve done a great job of keeping details of your ‘personal’ life away from the public. If Teebillz had posted nothing about the troubles in his marriage, we may never have known about it…at least not like this.

2. IN TIMES OF CRISIS, TELL YOUR STORY. TELL IT ALL.

According to one of the founding fathers of modern PR, Sam Black, there are 3 rules to handling crisis management:

Tiwa Savage managed to do this quite well with her exclusive interview. In the video, she was able to draw her audience in (all by herself) by telling her side of the story in such simple language.

It’s also important to note how her body language, the setting and her “costume” played a critical role in the communication of her truth.

Before this video, people had said all sorts about Tiwa. 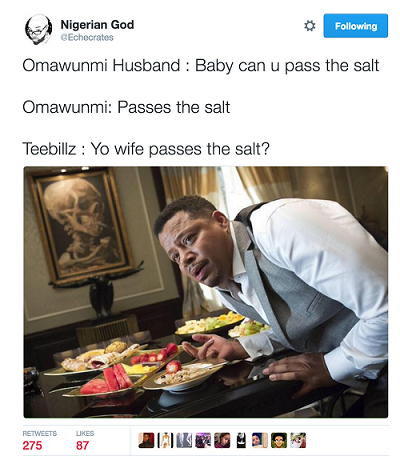 She did well to address these comments.

3. EMPATHY AND STORYTELLING ARE MAJOR KEYS TO WINNING PEOPLE OVER TO YOUR SIDE DURING A CRISIS

In recent years, more attention has been paid to superfluous engagements and extravagant weddings. Celebrities have their engagements in Nigeria and then travel out to have “Dubai” weddings, while ‘detractors’ and single ladies can only watch from their phones and television screens.

Now, Tiwa Savage had a Dubai wedding, making her a bigger object of ridicule. But her team did something smart. They did a spin on a problem till it became an advantage.

They used the African folktale/storytelling approach – one that addresses moral or societal issues and gives lessons.

In the interview, Tiwa points out how she overlooked the potentials of a broken marriage because she was scared that she was getting older and the pressure to get married was intense. Every woman can relate with this.

Then she went further to mention her miscarriage in Jamaica, how her husband went around with other women, stole money from her and how she was the breadwinner of the family but was telling the whole world the opposite to save her husband’s face. This sounds like a Nollywood movie but it sure got men and women on Tiwa Savage’s side.

4. CONTROL YOUR NARRATIVE BY TELLING ANOTHER SIDE OF THE STORY

Always give fresh insights aside addressing the issues previously on ground.

People went from feeling sorry for Teebillz to encouraging Tiwa to divorce him.

5. USE THE BEST AND MOST RELIABLE MEDIUM TO ADDRESS A CRISIS

It’s 2016 and the social media is “trending”. It would have been a mortal sin if Tiwa Savage had asked us to stay glued to our TV screens to listen to her exclusive tell-all.

6. WHEN USING AN INTERVIEW, ENSURE THE INTERVIEWER KNOWS WHAT THEY ARE DOING

If you’ve watched some of the best interviews in the world, you’ll know that the interviewer is as important as the person being interviewed. Watch below Oprah Winfrey’s interview with Michael Jackson, which served as one of the biggest points of her career.

Tiwa’s interview was by all journalistic standards a poor outing for an interviewer like Azuka Ogujiuba, who failed to engage and empathize with her subject. There was an overwhelming disconnect between interviewer and interviewee, difficult to explain because the particular journalist is known for empathy – and she only recently worked with photographer TY Bello to rehabilitate bread seller-cum-model and multiple brand ambassador, Olajumoke Orisaguna. 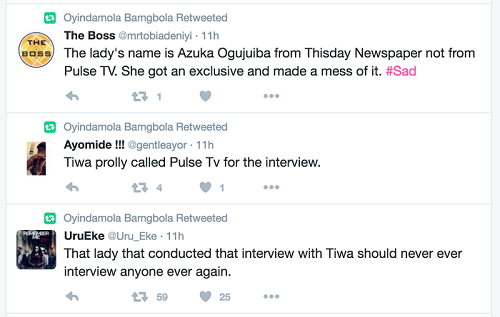 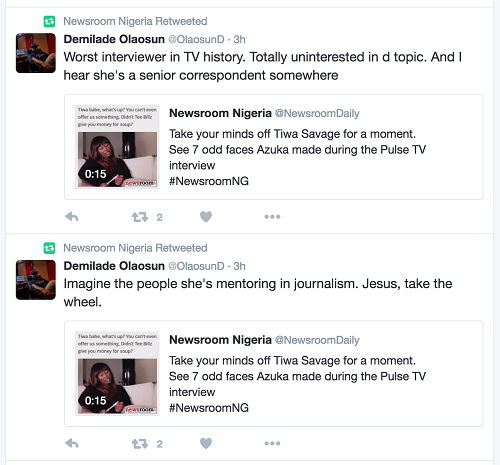 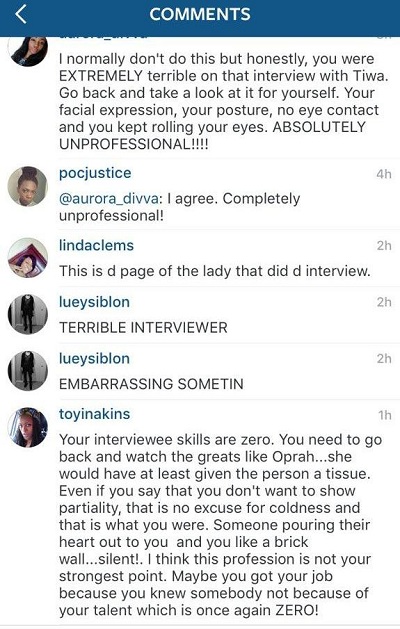 Regardless of Azuka’s disconnect, Tiwa still managed to pull an emotional weight.

At the end of the day, we hope both parties are able to resolve their issues and find happiness in their own way.

Walt Shakes(@Walt_Shakes) is an award-winning Nigerian writer, poet and veteran blogger. He is a lover of the written word. the faint whiff of nature, the flashing vista of movies, the warmth of companionship and the happy sound of laughter.
@@Walt_Shakes
Previous THE RETURN (Episode 4)
Next EZE RETURNS TO SCHOOL (EPISODE 16)

You know what they say about the past? They say let it go and forgive ...