Feminist author Chimamanda Ngozi Adichie has found herself at the center of a controversy over gender identity after comments she made about transgender women during an interview, which can be viewed in the clip below, recently went viral.

Speaking earlier this week with the U.K.’s Channel 4, Adichie, who is promoting her new book, Dear Ijeawele Or a Feminist Manifesto in Fifteen Suggestions, said she can’t equate transgender women and women because they’ve had different life experiences. Her argument appears to stem from her idea that because many trans women have been assigned and raised male from birth until whatever point they decided to transition, she believes the male privilege they may have received fundamentally sets their experiences apart from those of cisgender women.

“I think that trans women are trans women. I think the whole problem of gender in the world is about our experiences. It’s not about how we wear our hair or whether we have a vagina or penis, it’s about the way the world treats us.

While she did also add that she supports transgender people’s existence, saying they should be “allowed to be,” she ultimately asserts that their experiences should not be “conflated” with women’s experiences.

“I don’t think it’s a good thing to talk about women’s issues being exactly the same as the issues of trans women because I don’t think that’s true,” she said.

Adichie, who is perhaps best known for her critically and commercially acclaimed book Americanah and a guest spot on Beyoncé’s track “Flawless,” was almost immediately called out on Twitter for her comments. 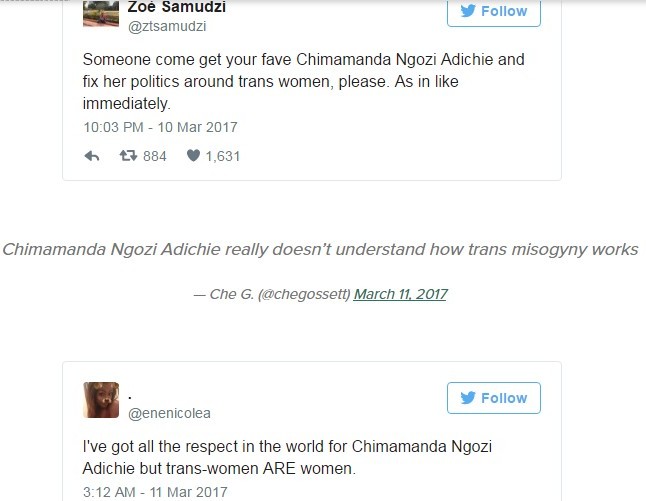 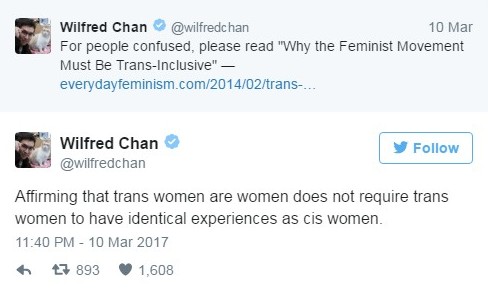 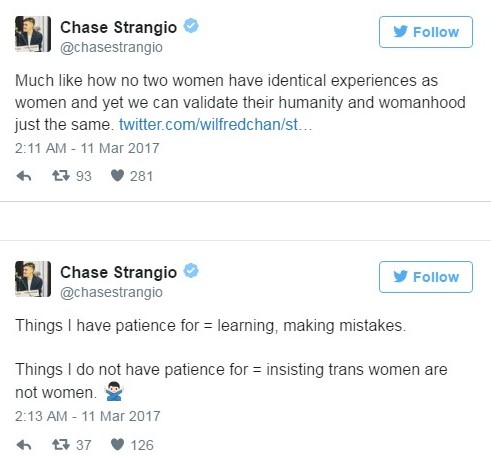 Raquel Willis, a Black queer transgender activist and the communications associate for Transgender Law Center, offered an especially thoughtful and nuanced response to Adichie’s comments via a series of tweets she posted on Friday night: 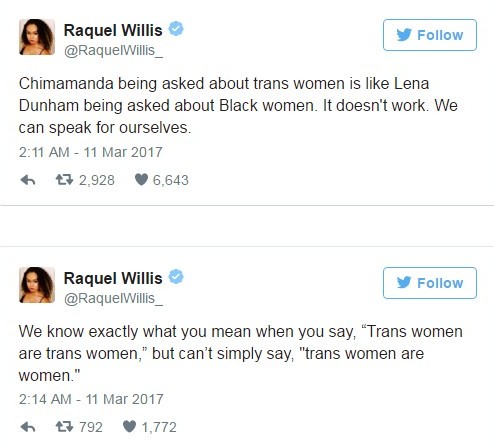 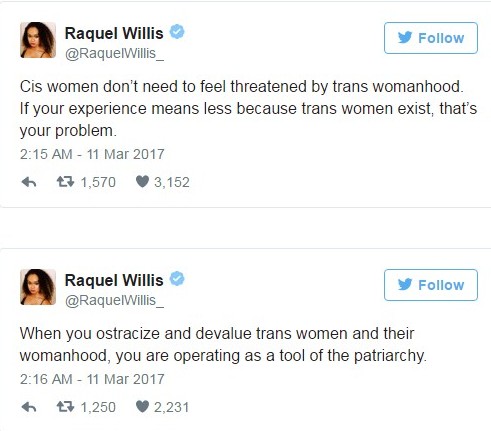 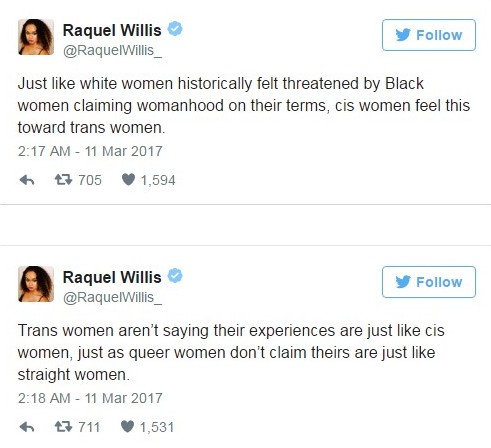 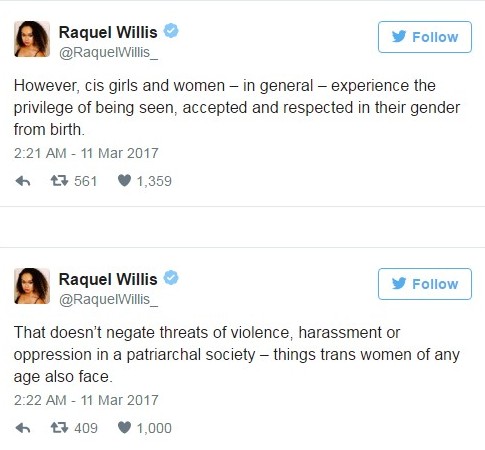 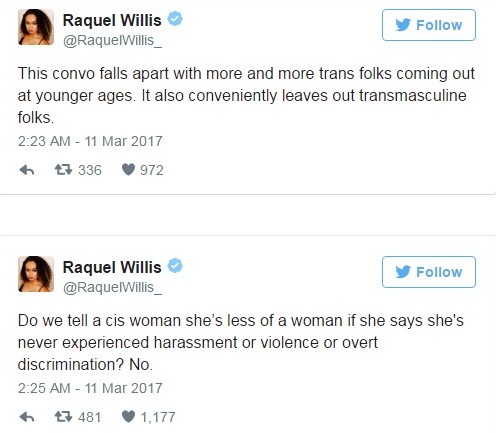 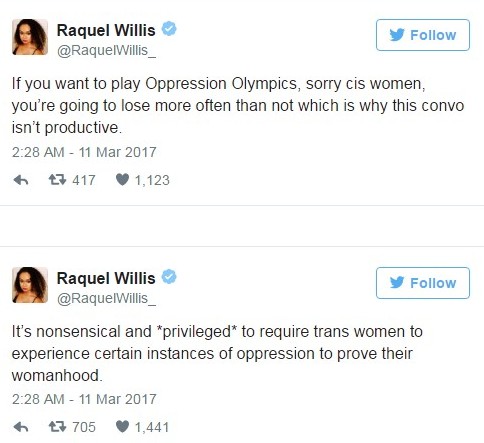 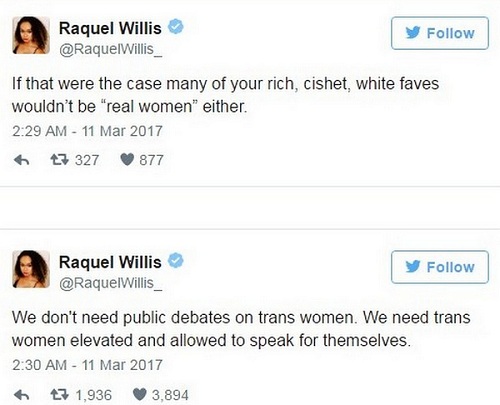 Adichie posted the following comments on her Facebook page on Saturday morning: 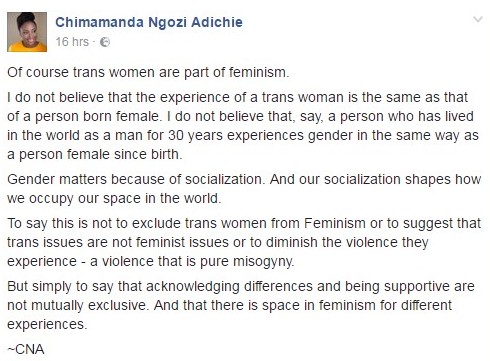 Walt Shakes(@Walt_Shakes) is an award-winning Nigerian writer, poet and veteran blogger. He is a lover of the written word. the faint whiff of nature, the flashing vista of movies, the warmth of companionship and the happy sound of laughter.
@@Walt_Shakes
Previous HOME
Next Fashion Police: The 2017 Africa Magic Viewers’ Choice Awards