While many celebrities, including Demi Lovato, Uzo Aduba and Anna Kendrick, praised Beyoncé’s album and visual project, Lemonade, others in the industry didn’t take to it so well.

Rappers Azealia Banks and Iggy Azalea slammed Beyoncé for certain aspects of her sixth studio album, taking to Twitter to voice their concerns.

Banks attacked the Freedom hitmaker, calling her “anti-feminist”, a “poacher” and a “thief”. She took to Twitter and Periscope to criticize Beyoncé over her new release, which she unveiled on HBO late last week. Banks said the Destiny’s Child star was perpetuating the “heartbroken black female narrative”, calling her “stupid” for “crying over a man”. 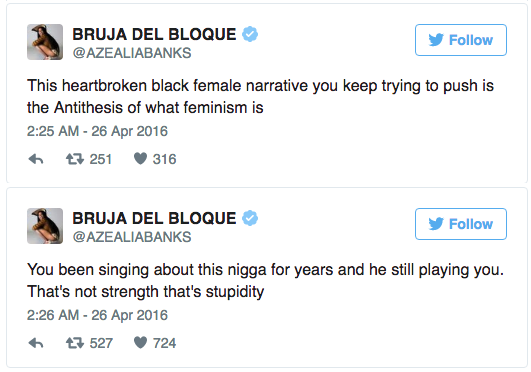 In later tweets, she accused the star of stealing ideas from other artists, calling her a “poacher” and a “thief”. 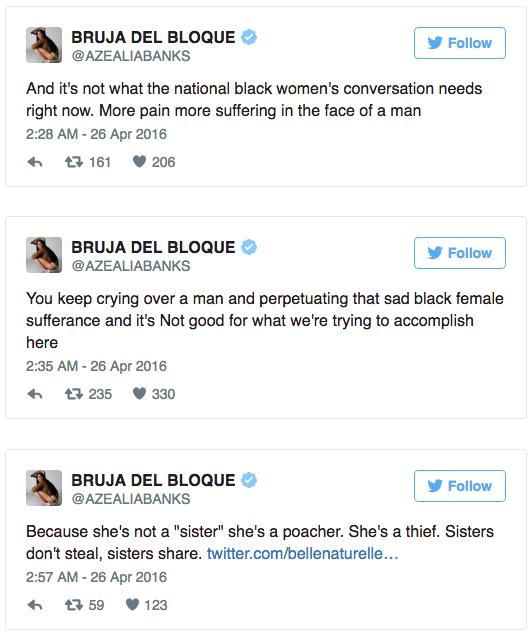 All of this comes despite Banks praising the release at first.

The lyrics in Lemonade sent fans abuzz since its release Saturday night. One line in particular from the track “Sorry,” in which Beyoncé sings, “He better call Becky with the good hair,” sent fans on a manhunt to find “Becky.”

One fan took it a step further, calling rapper Azalea a “Becky.” Azalea did not directly criticize Lemonade, but she did address her concerns over the “Becky” comment.

“Don’t ever call me a Becky,” the rapper tweeted in response to the fan. “Generalizing any race by calling them one stereotypical name for said race. I personally don’t think is very cool, the end,” she tweeted to another user. 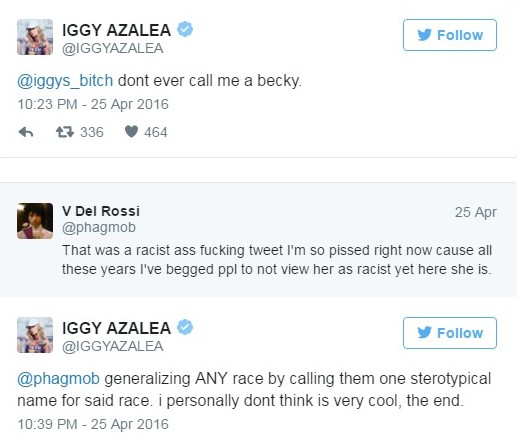 Walt Shakes(@Walt_Shakes) is an award-winning Nigerian writer, poet and veteran blogger. He is a lover of the written word. the faint whiff of nature, the flashing vista of movies, the warmth of companionship and the happy sound of laughter.
@@Walt_Shakes
Previous BOOK REVIEW: Love Is Power Or Something Like That
Next THE WALL